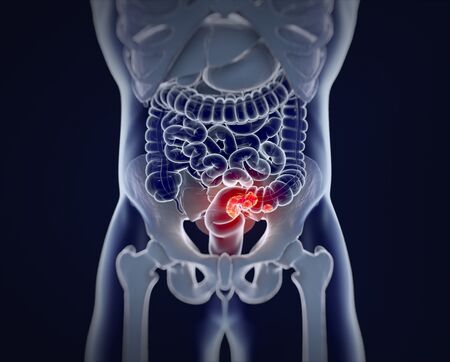 I delivered my last baby in the summer of 2017.  And afterwards, I never felt quite right.  My insides felt…wrong.  Food wasn’t settling properly.  My, uh, bathroom habits, seemed off.  And I had this overall feeling of ick.  This went on for months.  I had all sorts of tests done…blood work, a CT, a poop culture.  And everything came back as unremarkable.  Yet, I knew something wasn’t ok.

Then in the spring of 2018 I was having some muscle testing done during which my functional medicine provider was working on my GI issues.  Suddenly I was in excruciating pain that had me doubled over.  This was very out of character, so we decided an ER visit made sense.  And there, just as with all of the other testing I had done, everything came back as unremarkable.  So the ER doc said, “You need a colonoscopy” and I was referred out to a local GI practice.

A few days later, I received a call from said practice.  The lady on the phone said, “Your insurance won’t approve a colonoscopy.  You’re too young.  So why don’t you call and advocate for yourself.”  I assumed that she had actually called my insurance company and tried to get the authorization, because, well, isn’t that her job?  But no, she never called.  I mean, why would she?  I had never been seen in their practice and they literally knew nothing about me other than I had been seen in the ER.  I was not considered a patient of theirs.

But here’s the thing with authorizations.  Language matters.  What is said matters.  How it is said matters.  And I know this because I worked in a psych unit at a local ER for years doing evaluations on patients in crisis.  I know how to get an insurance authorization for a psych patient.  I know how to do this because I did it a gazillion times.  I knew what insurance companies wanted to hear, needed to hear, to hospitalize someone.  But for a colonoscopy?  Ya, no clue.

So I called my insurance.  And I explained what had happened.  And I added in that my father died from colon cancer.  But none of that mattered.  My symptoms weren’t “bad enough.”  And there’s this weird 10-year rule, which means that an immediate family member can only get approved for a colonoscopy when they are 10 years younger than the family member was when diagnosed.  My father was 68 at the time of his diagnosis.  And I was still a long way away from being 58.

So because of all of this, I would have to pay a whole bunch of money, well over $1000 to have it done.  And since the doctor’s office was totally uninvolved at this point and I didn’t have that kind of money on hand and since nobody seemed overly concerned, I reluctantly figured (hoped?) I’d be ok.

Fast forward to January 2019.  I started to notice more unusual bathroom behavior.  Now remember, we are talking about rectal cancer and poop is THE THING here, so it’ll be kind of gross from time to time.  And now is one of those times.  Get ready.

So I started noticing blood.  Not a ton of blood, but definitely blood.  Bright red.  But it wasn’t all the time.  And I remember my mother telling me that bright red blood in the toilet wasn’t something to be concerned about because it just meant that maybe you had to push too hard.  When blood in poop was a concern was if it was black INSIDE the poop.  Not really sure how you could see that, but she said it was a thing.  And that was clearly not what was going on.  Plus, I had had hemorrhoids with my last pregnancy, so I figured it was related to that.

By May of that year, my poop was bloody more often than it wasn’t.  And I started to see this gross, oily looking stuff.  And I had started to not feel well but not just inside my belly.  I started to feel super tired and fatigued.  And I began to realize that I was no longer able to eat certain foods without feeling really sick afterwards.  So I figured that maybe it was time to see my PCP…again.

My regular PCP, who had never ordered a colonoscopy even with all of my GI distress and family history, was out that day so I saw a substitute.  Within seconds of hearing my symptoms and family history, she said, “you need a colonoscopy and you need it right away, within the next 30 days.”  So I was referred out to the same GI practice…again.  Only this time they actually scheduled an intake appointment.

And just as with my PCP, as soon as they heard my symptoms and my family history, they scheduled a colonoscopy right away.  I figured maybe I had colitis.  Or some polyps.  I was not overly concerned but was actually looking forward to getting some answers to why I had felt like garbage for so long.

On June 3, I was scheduled for my long-awaited colonoscopy.

I went in, got into the johnny, and climbed up on the table.  The nurse placed my IV and briefly explained what was going to happen.  It was then that I met the GI guy for the first time, for about 30 seconds.  Then they started the meds and I was out.

I remember waking up in this “room”.  Really, it was a HUGE room with about a gazillion other patients, all separated by curtains only.  I was super groggy and really didn’t know what was going on.  Someone came in (I think) and told me it was ok to get dressed. As I was struggling to put on my shoes, still really high from all the drugs, the doctor stepped inside my room made of curtains.  He stood in the opposite corner from me, as far away as he possible could.  He then said, “So, we found a 3 cm mass on your rectum.  Where would you like to go for oncology?”  Again, I was still high as fuck and was now super confused and said, “Wait, wait, wait.  Are you telling me that I have rectal cancer?”  He said, “Well, we won’t have the pathology report back until next Monday (it was only Tuesday), but where would you like to go for oncology?  RI Hospital or Kent Hospital?”  WHAT THE ACTUAL FUCK.

At this point, I think I must have sat down.  I began crying and replied with, “I have cancer?  But  I have three little kids at home.”  And then I began sobbing.  Some nurse was now in the ‘room’ and said, “Would you like me to get your support person?”  Again, WHAT THE ACTUAL FUCK.  I was literally told that I had cancer, high as fuck, without a support person present.  Good work GI team, good work.

So the next few days are kind of a blur.  I remember getting a call from a GI surgeon the following day.  The woman that called literally said that she knew my name, my birthday, and my phone number but nothing else.  No records had been sent.  No forms had been signed.  But the GI guy had called this GI surgeon guy who was now calling me.  When I told her the story of how the GI guy told me I had cancer, she was pretty disgusted, felt horrible for me, and got me into the surgeon the next day.  This was my introduction to Dr. Vrees, the man who knows my insides better than just about anyone else (except maybe my OB…lol).  He ordered the next set of tests that we would need to move forward with staging “just to get the ball rolling, just in case,” while we waited for the official pathology to come back.  So that day I had my bloodwork done, then the following week I had my first of MANY CTs with contrast (the contrast piece will be important later in the story), and an MRI.

The official report came back on Friday June 7, 2019.  I was diagnosed with Stage III Adenocarcinoma of the Rectum.  To be honest, I had NO idea what staging meant.  Literally no clue.  And I’m hopeful that most of you don’t know either, because that hopefully means cancer hasn’t been a direct player in your life.  So, in the simplest of terms, staging goes like this.  Stage I means that there is cancer in one specific place, and it hasn’t moved anywhere else yet.  Stage II means that the cancer has begun to invade the “walls” of wherever the cancer is.  Stage III means that it has begun to move outside of the walls and affect surrounding nodes.  And Stage IV means that the cancer has moved on to other parts of the body.  That means that the cancer has metastasized.  And that’s pretty problematic.    So my cancer, which we named Clancey due to a talk-to-text autocorrect gone weird, was bad, but it could have been worse.

Once I knew what I was looking at, it was time to start telling people.  Now, I am not one for talking on the phone (which is funny because of telehealth, I’m literally on the phone ALL.  DAY.  LONG) but this didn’t seem like textable news.  So I started making phone calls.  And when someone that NEVER calls actually does, guess who picks up?  EVERYONE.  Because they knew something bad was up.  So one by one I started forming my support team.  I started with my foundation of closest people and then moved it out into my private online community.  And boy oh boy was I ever supported.  I was supported in a way that I never thought was even possible.  And these people were AMAZING.  It was truly overwhelming to be the recipient of so much love.  And it will forever make me smile.

The last person I had to tell was my oldest child, as he was the only one of my kids that would really get it.  The other two were just too tiny.  And that’s where we will start next week.

And just as a reminder, the whole reason I’m starting to share my story is in an attempt to teach anyone that will listen that it is always possible to mine your light.  Even when things suck.  Even when you are supporting someone with cancer.  Even when you have cancer.

Because you, yes YOU deserve to feel the warmth and enveloping love that mining light creates.  And please, please, please get your colonoscopies. 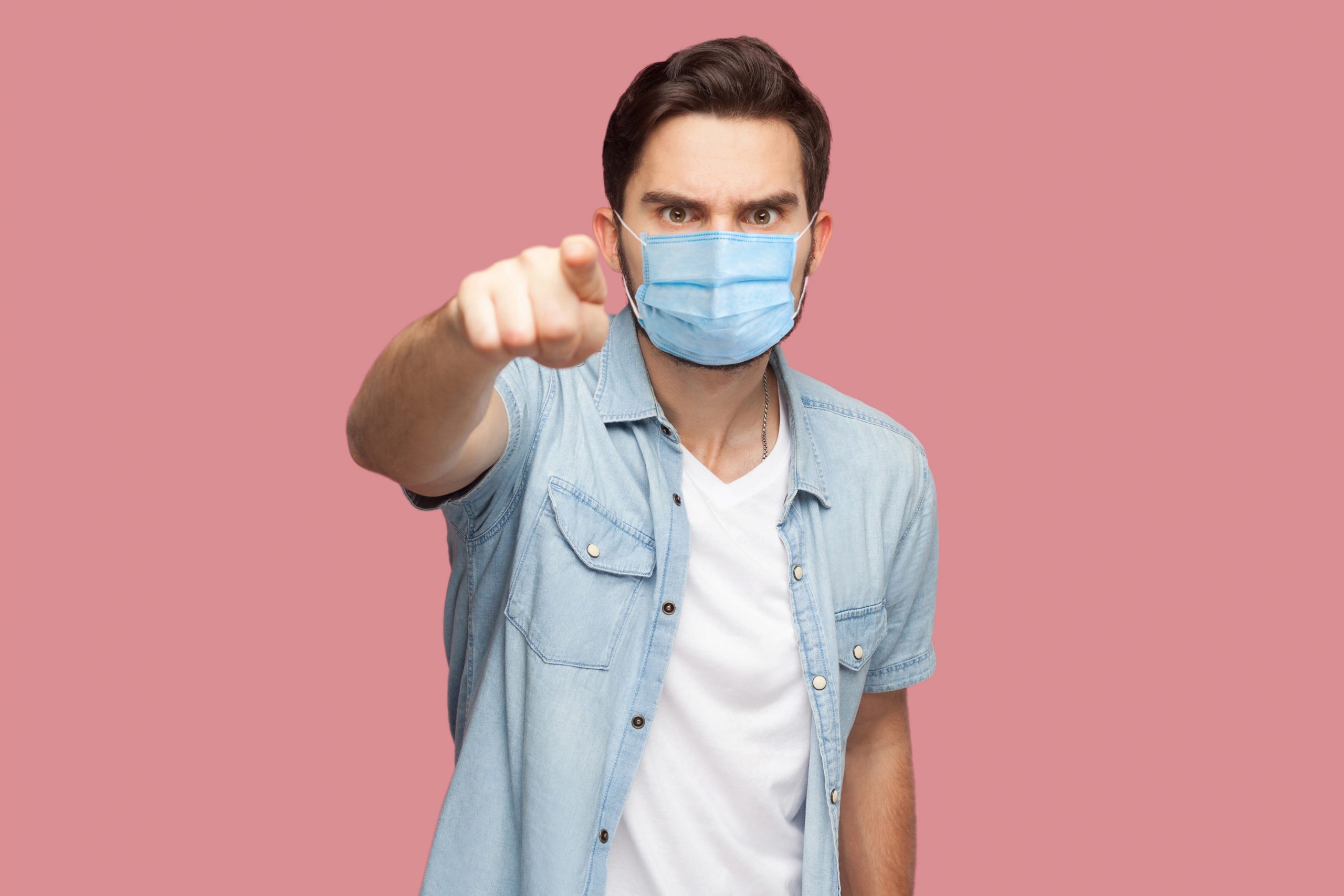