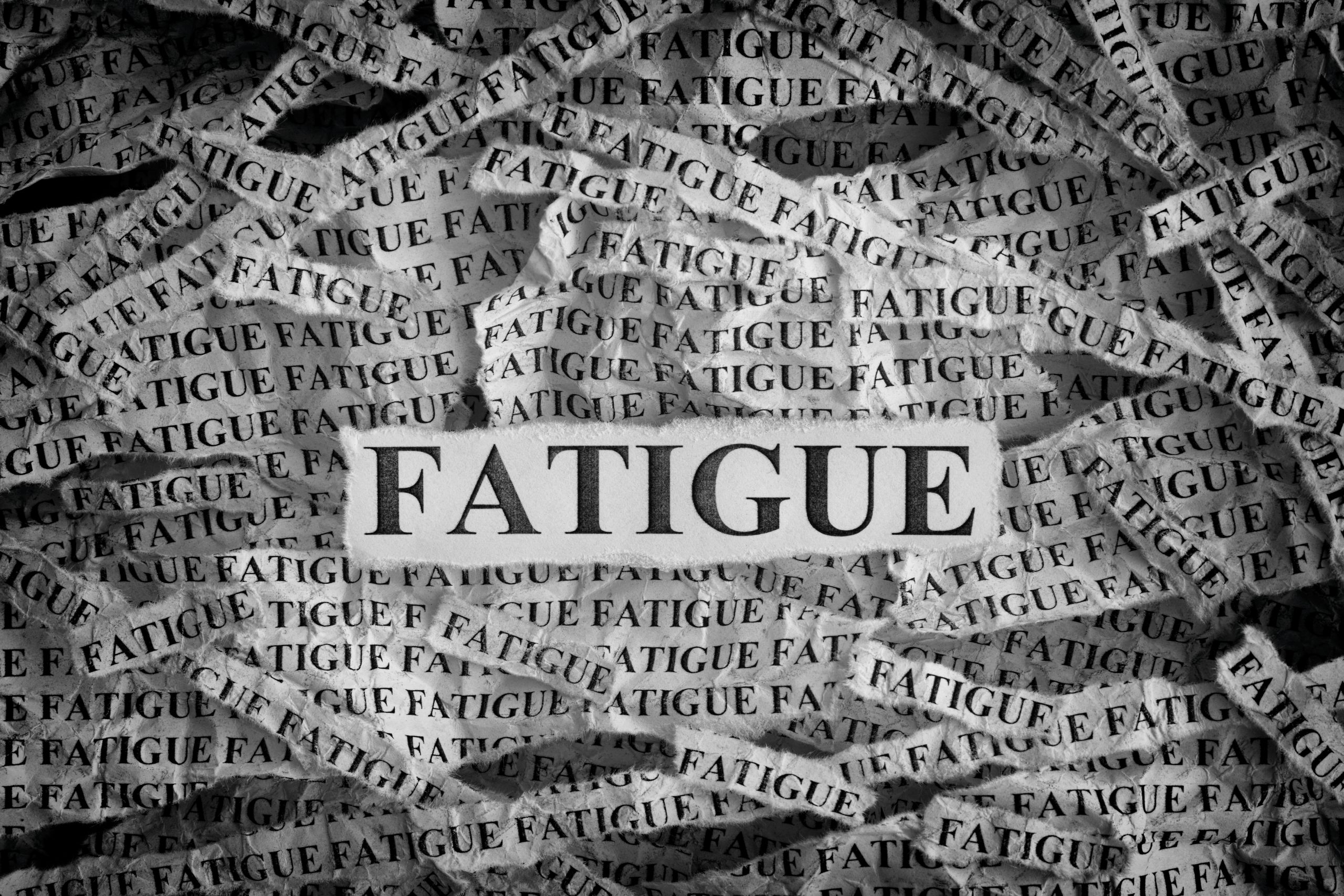 Ok, so last week you heard about my first two chemo cycles, which also equates to about four weeks total.  They were HARD.  VERY hard.  That whole Compazine thing nearly wrecked me.  At one point I said to my partner, “If THIS is what chemo is, I can’t do it.”  Thankfully I had a patient and wonderful provider that figured that disaster out, because that meant that I was willing to continue on with my next six chemo cycles.  And another six cycles meant about twelve more weeks of pushing toxic metals into my body.

Ok, so first, let’s talk about take home chemo for a second.  Yup, because that’s a thing.  Because the 4-6 hour infusion of toxic metals just isn’t enough!  So I got to bring Penelope the pump home with me, stowed away inside a fancy black hip sack, and wear her, attached to my friend Peter the Port.  I got a special sun patch sewn onto the hip sack, as a reminder that we were using this awful medication to actually spread light into my body, light into the dark place, deep in the walls of my rectum.

And so in a nutshell, take-home chemo pretty much sucks.  The fatigue that it creates is unbelievable and by the 46-hour mark on Sunday (all my chemo infusions were on Friday), I was so, so, so ready to get that damn thing off of me.

Now, I actually ended up with a few different kinds of pumps because the cancer people weren’t happy with the first kind I used.  So this second pump seemed a bit bulky to me, but it didn’t bother me.  However, after I used this new pump once, the next time they had yet again changed the protocol.  They had decided that too much of the chemo was getting “stuck” in the storage area because it wasn’t quite big enough for the chemo bag to fit properly.  So guess what they did!  THEY REMOVED THE STORAGE AREA.  And had me walk away with a bag of chemo, all on it’s own, inside nothing other than my fancy little hip sack.  And this is what I was told by my awesome chemo nurse who was also not a fan of this method.  “Well, the charge nurse took a bag of saline home and rolled around on it.  It didn’t pop or leak, so they feel that this will be safe.”  Ok, so I’m no doctor, but I’m pretty sure that saline is a little bit less toxic than fucking CHEMO medication!!!  I just remember rocking my 7-month-old to sleep, in my arms, which were resting on my fancy hip sack that contained a plastic bag full of medication that would KILL her.  I did my best to pretend that nothing bad could possibly happen and thankfully it didn’t, but still, chemo people.  Can’t we do a little bit better than that?

Ok, so back to the overall joys of chemo.  As I mentioned last week, I kept hearing about chemo symptoms being “cumulative” but I really didn’t quite get it, at least not for the first three rounds.  However, by my fourth treatment, things started to be a little different because I started to experience this whole idea of “cumulative.”

During each chemo treatment, my AMAZING chemo nurse Jenn would ask me a whole bunch of questions about my symptoms.  The first few times it was easy.  Nausea?  Yes a bit.  Fatigue?  Yes, a bit.  Anything else?  Nope, not a thing.  I thought I had this chemo thing down pat.

Then, lots of stuff started changing and my symptom list grew and grew.  I’m not sure which was the first one I noticed, so I think that they may have all sort started around the same time and got progressively worse, so bad in fact that my oncologist had decided to withhold my final chemo treatment.  But we’ll get into that in a little bit.

Just as a quick refresher, the whole sensitivity to cold was definitely a factor, but that also got worse and worse.  By the end of August, I was driving to work with gloves on because the morning New England air was just too cold…in August.  But that really was more of an inconvenience than anything.

I think the next thing I noticed were what are called mouth sores.  Now, there’s this stuff called “magic mouthwash” which tastes like ass but helped a tiny bit, for maybe a week or two.  Then it was pretty much useless, and my mouth looked and felt like I chewed on a cheese grater while I slept every night.

I also started getting these weird sores on my scalp.  Now, there are apparently pretty common with the type of chemo where patients lose all of their hair and can be treated with topical medication.  But with my chemo, total hair loss is pretty unusual and thankfully didn’t happen to me.  But my super baby-fine, soft hair had turned into straw.  Literally straw.  So, I had to use a special oral medication because I couldn’t put anything topical on the sores since there was still too much straw, uh, I mean hair on my head.

Oh, and my hair didn’t grow for MONTHS.  I remember the first time I had it done about four months after chemo had actually ended.  I was being interviewed for the RI ProJo and knew they would be taking headshots. As I sat in my hairdresser’s chair, I cried.  I cried and cried and said, “This is what chemo hair looks like.”  I never EVER wore it down because then you could see how straw-ish it was, so it was always, always pulled back, nicely framing my big, fat round moon face.  So sitting in front of the big, big mirror, taking a true inventory of my face and my hair was a bit overwhelming.  And it was then that I really felt like a cancer patient.

So moon face.  Yup, that’s a real thing, a real round thing.  And while most people think of patients losing weight with chemo, not me.  Nope, no way.  They had to load me up with SOOOOOO many steroids just so I could tolerate the treatment, that I literally ballooned up.  And I’m not talking about a little bit of weight gain.  I’m talking about forty pounds in two months.  TWO MONTHS.  I even had a woman in my office pat my belly and ask me “if I had some exciting news to share.”  No, I didn’t punch her in the face, but I definitely had a few words with her about calling someone fat.   Because back then my cancer was still my secret.

Oh, and I also developed acne on one side of my nose only.  It was sooooo weird.  And it went away about four weeks after my final treatment.  All by itself.

And the last really fun side effect, which I will likely have forever, is very significant neuropathy in my feet.  That first winter I was afraid to walk across the parking lot because I couldn’t feel my feet at all, and when trying to navigate ice and snow, having no foot awareness is nothing less than terrifying.  My feet are better now, but I may never be able to wear flip flops or walk barefoot in the grass again.  And I have to wear the thickest socks possible all winter because, even though my feet may be sweating through my shoes, they feel painfully cold to me.

So back to chemo treatments.  My 7th cycle on Oct 11, 2019, was a blur.  I of course brought my laptop along with my good intentions of getting lots of work done.  I’m pretty sure I even opened my laptop bag up.  But I don’t think I looked at it.  I don’t think I looked at anything.  I’m pretty sure I spent four hours just sort of sitting there, staring into empty chemo space.  My brain was cooked and I was dazed.  I was so exhausted.  And I didn’t even know it until I got home that night and realized I had done literally nothing the entire time I was there.

Ok, so all of this fun stuff was happening from cycle #3 to cycle #7.  I had no idea that my symptoms were considered a-typical, because, I mean, what the hell did I know?  I’d never had chemo before.  So I figured all this stuff was just par for the course.

Then between my 7th and 8th cycle, my oncologist had me get an MRI on Oct 18, 2019, so that we could see what was going on with Clancy, my rectal tumor.  Dr. Breakstone wanted to see how effective the chemo had been so that we could continue to make appropriate treatment decisions once chemo was done.

On the day of my 8th and final chemo treatment, October 25, 2019, I went into the Fain Center, just like I had been every other Friday for months.  Only this time when I met with Dr. Breakstone, she said she had a present for me.  She said that she was going to withhold the final treatment!!!!  She did this for two reasons.  First, my side effects were considered so bad that she was concerned about what one more treatment would actually do to me.  But the other, and more exciting reason, was that THERE WAS NO EVIDENCE OF A TUMOR!!!!!!!!!!!!!!  Now, that didn’t mean I was labeled cancer-free.  Because, as I was told over and over, all it takes is one little cancer cell.  And since nothing had been biopsied, I had not reached survivorship status…yet.  But that would indeed come later.

So I not only got to skip my 8th treatment, but I got to spend the rest of the day doing NOTHING.  It was so, so lovely.  Because I was so, so tired.

And that’s the end of chemo for me!  I hope if nothing else happens as a result of you reading or watching or listening to my story, is that you make sure to get your colonoscopy as early as you possibly can.  The age has been lowered from 50 down to 45 if there is no known family history.  And I also hope you remember that you, yes YOU have the capacity to mine your light, even in the darkest circumstances.  And that you, yes YOU deserve it!

Thanks everyone for all of your love and support.  See you next week! 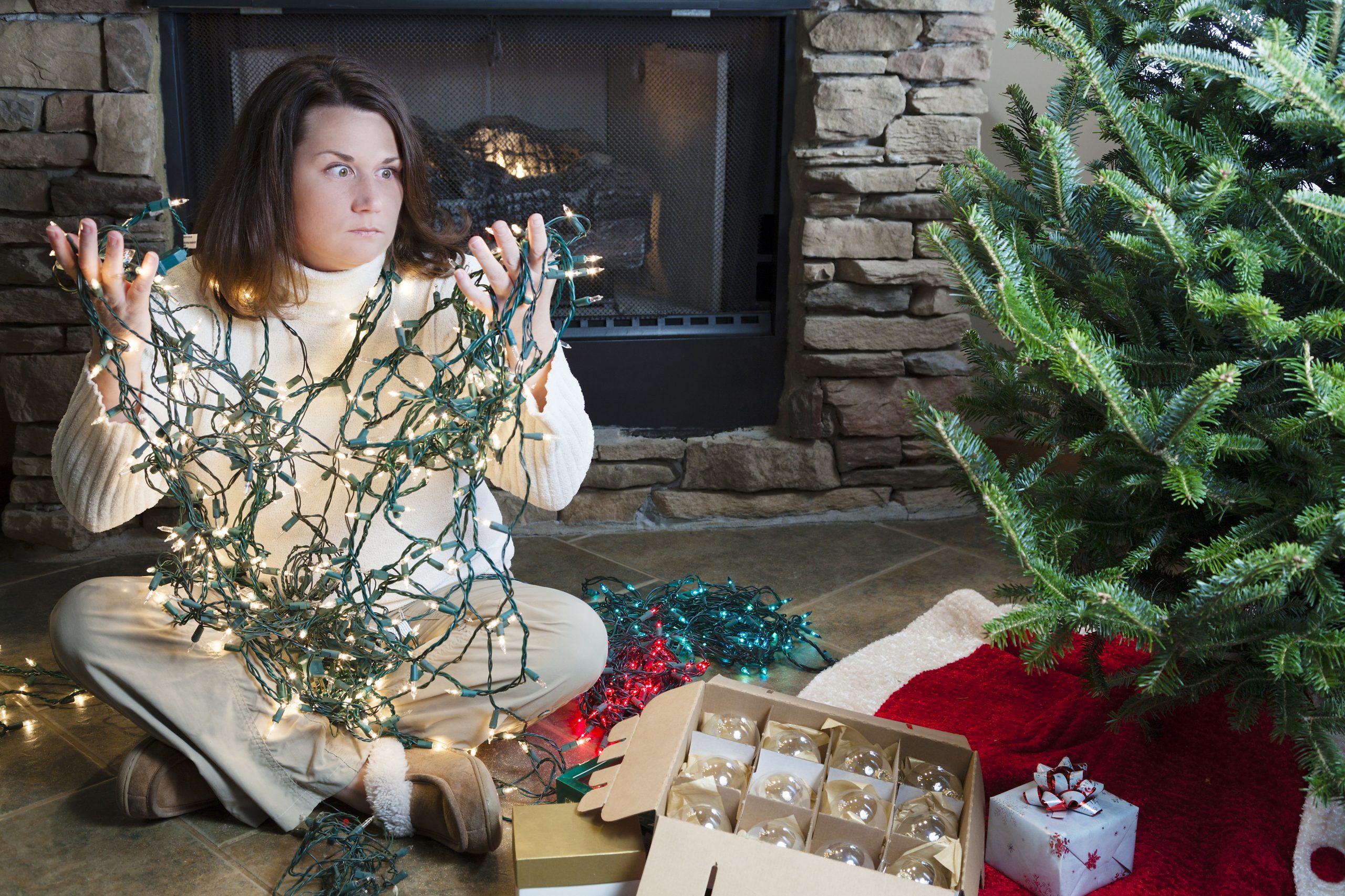 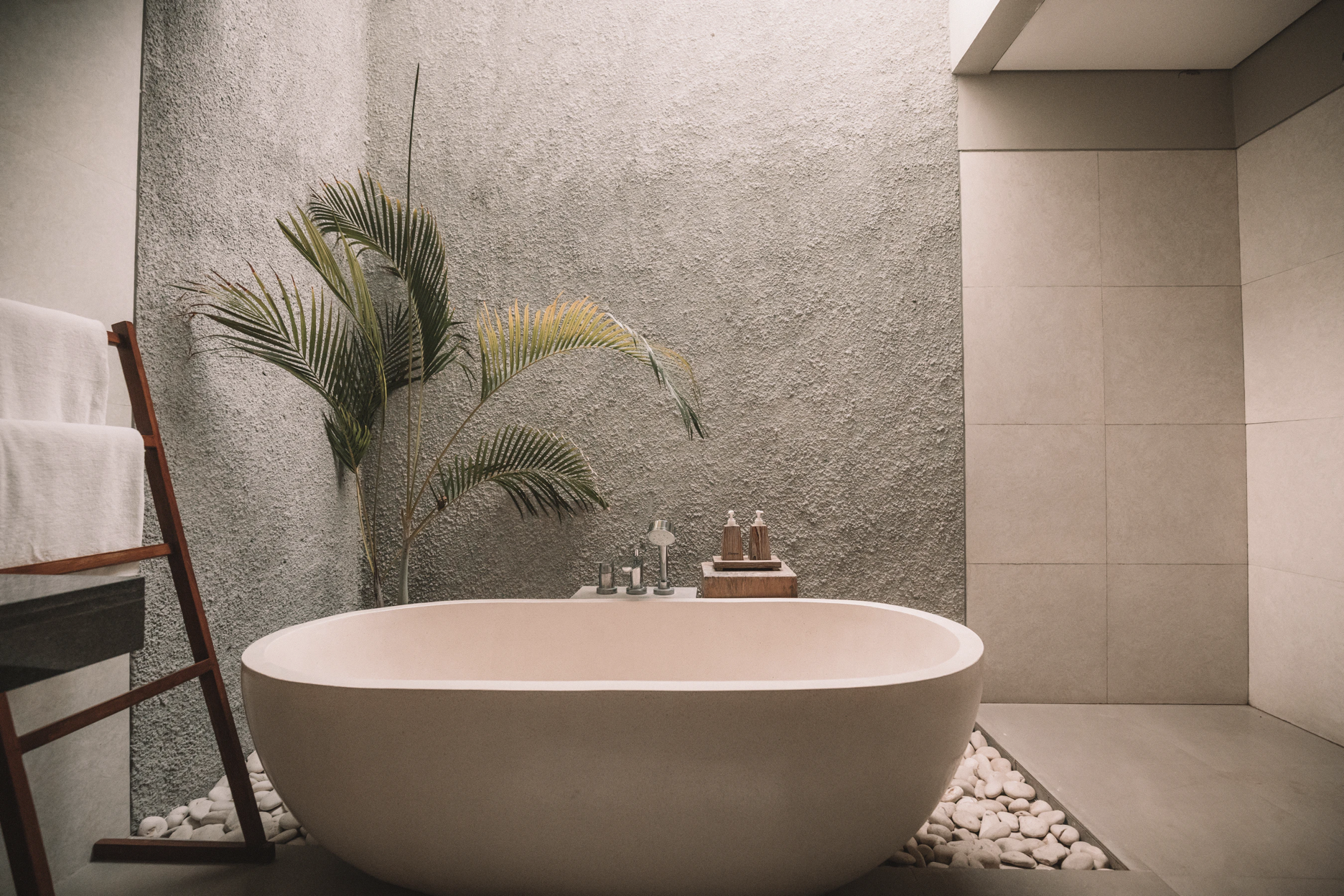 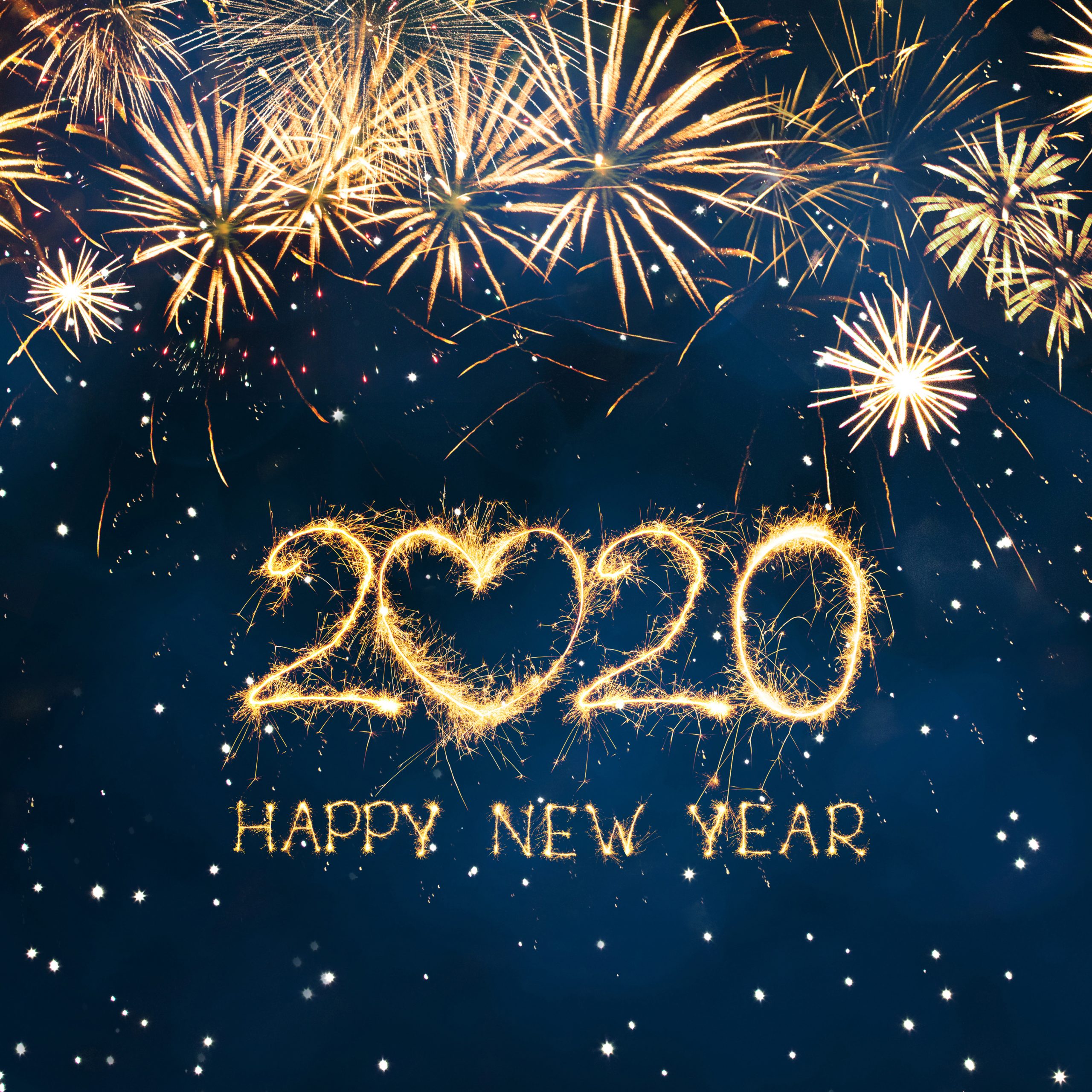