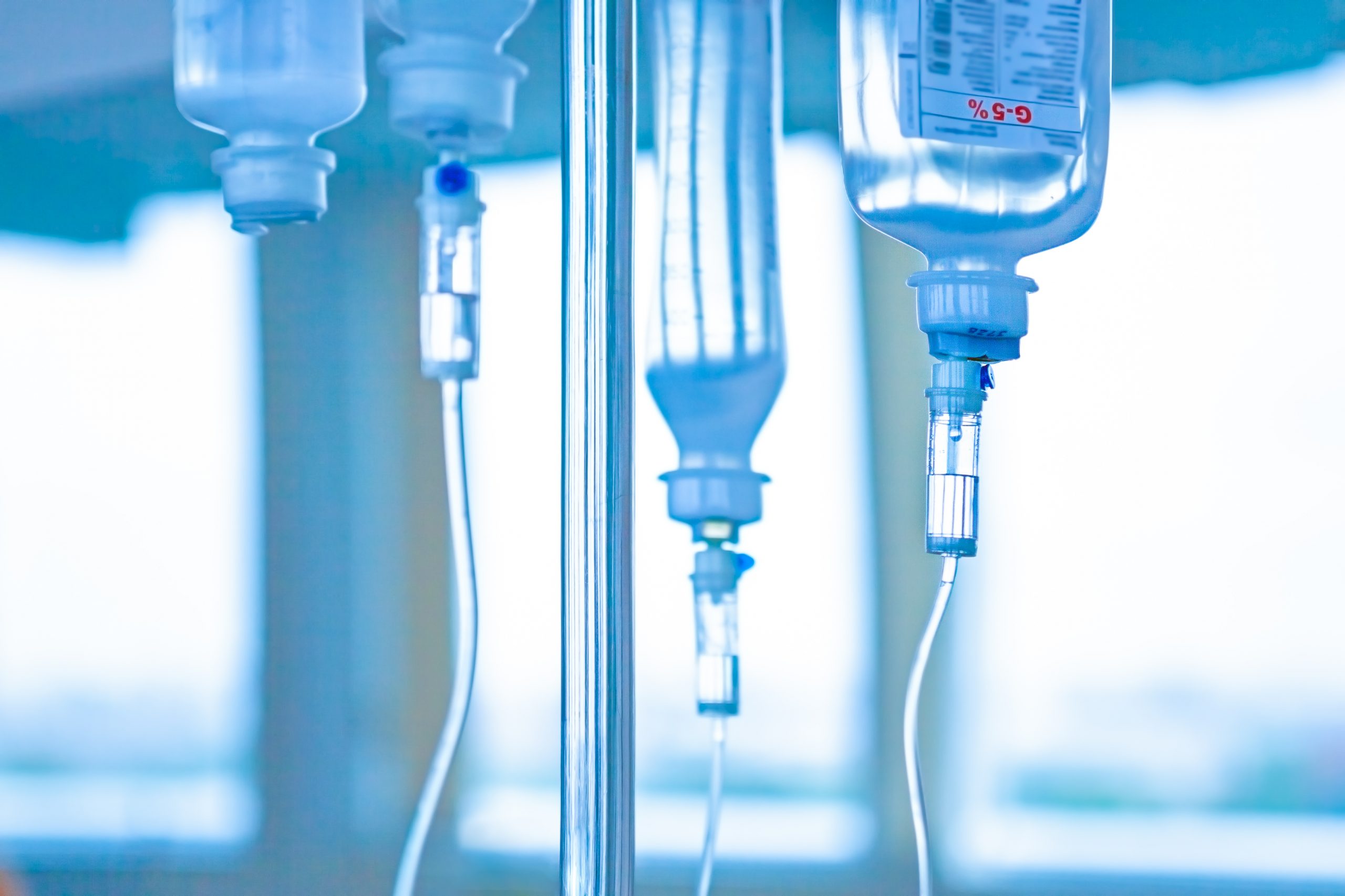 So I got Peter my Port installed on July 17th and then only two days later, on Friday July 19, 2019, I walked into the Fain Center across the street from the Miriam Hospital.  This is where lots of fun things happen, including chemo infusions, which happened every other week for me.  Now, with my type of cancer, Stage III Adenocarcinoma of the Rectum (with 3 suspicious nodes), the treatment protocol begins with eight cycles of chemotherapy.

The first thing I learned about chemo is that no two chemo’s are alike.  And with the type of chemo I was going to have, my “special” side effect was sensitivity to cold.  And I don’t mean that cold stuff bothered me a little bit.  I mean that the AC in my car on the way home from a chemo treatment literally HURT my hands.   I had to have big, long rubber gloves in the kitchen so that I could take things out of the refrigerator.  And sometimes I couldn’t even open the freezer.  It was as if my hands were being repeatedly pierced with ice daggers over and over.  I had to wear gloves on the way to work because my car was too cold.  In September.  In New England.  And drinking cold beverages?  Even though it was summer, ya, forget it.  It felt like tiny little knives running down my throat.  It was horrible.  And I swear I’ve never been so thirsty for a cold drink of water in my entire life as I was the summer of 2019.

Now, one of the ways they help a chemo patient get through the treatments is steroids. LOTS and LOTS of steroids.  I have no idea what they gave me or how much, but let me tell you, when I got home from chemo, I was hungrier than I have ever been at any other time in my life.  I would just eat and eat.  And sometimes I wouldn’t be able to sleep because I was so, so wired from all of the meds.  My oncologist said that as long as I didn’t murder my husband or my children, it was ok.  I actually have a dear friend who unfortunately lost her battle with breast cancer that would wait to clean her house until the day AFTER chemo because of all the steroids.

Now, another fun fact about my chemo is that after my 4-6 hour infusion at the cancer center, I was given a “take home chemo pack.”  And what that means is that I got to stay connected to my chemo medication using a travel pump that we named Penelope.  She would sit in this fancy little hip sack for another 46 hours before I got to remove her.    This also meant my port was working overtime once I left the clinic.  My chemo nurse would wrap me up with a bunch of paper tape around my port and the magic chemo tube, because I’m allergic to adhesive (so not fun ever, but even worse with chemo).  And I’d walk around for two days with a pile of bandages on my chest.  And I of course couldn’t shower.  So by the 46-hour mark on Sundays, I could not wait to disconnect myself from my port and take a long, hot shower.  Chemo itself was exhausting but that take home stuff just did me in every single treatment.

Now, the other thing I got LOTS and LOTS of was antinausea medication.  The one that we started with is called Compazine.  And it was super effective at managing my nausea because chemo really does make you feel sick…all the time.

Ok, so I go to my first chemo treatment.  I meet with my oncologist for a few minutes, where she reviewed my blood work I had done that morning, and then sends me over to the chemo unit.  I figured since I was going to be sitting there for hours, I might as well get some work done, so I had my laptop with me.  That first chemo session seemed so….easy.  I was in a pretty cheerful mood, it didn’t really hurt, and although they kept telling me that the side effects were cumulative, I felt ok so I thought maybe I wouldn’t have it so bad.

I remember getting into the car afterwards, all hooked up to my take-home chemo, and thinking, “Huh, my hands feel funny.”  And then I realized I felt sort of funny all over.  By the time I got home, I was definitely feeling off.  I went to get my bags out of my car, and as I leaned over, I suddenly lost vision in one eye.  So I figured I was either stroking out or I was about to get a migraine.  I had a few more auras like that that evening, but nothing else came of it.  Oh, and my legs felt….restless.  I had a hard time getting and staying comfortable.  And this feeling definitely got worse and worse.

Now, the cold sensitively lasted about 10 days for me, then I’d have a few days of feeling “normal” (and I would ALWAYS eat ice cream on chemo eves) and then would be back to feeling just, well, gross.  And tired.  So, so tired.  And run down.  And cloudy.  And just not like myself.  I figured this is what chemo was going to be like for me so I did my best to suck it up.

The next two weeks seemed to fly by and then it was time for chemo again.  I met with my oncologist for a few minutes, where she reviewed my blood work I had done that morning, and then she sent me over to the chemo unit.  I figured since I was going to be sitting there for hours, I might as well get some work done, so I had my laptop.  That second chemo session also seemed….easy.  I was in a pretty cheerful mood, it didn’t really hurt, and although they kept telling me that the side effects were cumulative, I felt ok so I thought maybe I wouldn’t have it so bad.  However, I noticed that this time I was a little bit more tired.  And my legs were really restless again.

The next week at work I felt weird.  I felt like I couldn’t really read. I was having a hard time thinking. I most certainly could not sit still, and I noticed that I was sort of shuffling when I walked through the parking lot.  I figured I was just super fatigued from the chemo and it made my feet feel extra heavy.  But as the week progressed, these feelings all continued to get worse.  And worse.  And by the end of the week, I was laying in my bed with barely any control over my legs.  I thought maybe I had developed restless legs.  But it hurt.  I hurt.  I hurt everywhere.  I was still having a hard time reading and walking and sitting still was no longer a thing.  I was taking muscle relaxers and Advil but nothing helped.  In tears, I called the cancer center for the millionth time that week.  And a new NP answered.

NP (calmly):  Oh, I don’t think you’re seeking at all.  I think that there’s something going on.  You’ve had all of your blood work done and it’s coming back normal.  Hmmmm…Let’s see.  What meds are you taking…huh…I wonder if you’re having an allergic reaction to Compazine.

Now, Compazine was the magic anti-nausea drug that blew Zofran way out of the water…for my nausea and for my nausea only.  She switched me, that day, BACK to Zofran and literally within 48-hours, I felt fine.  FINE.  Like nothing had ever happened.  I later had a provider say, almost matter-of-factly that I had Parkinsonian-like symptoms.  And when I thought about it, that’s pretty much how it felt, or at least how I would imagine it would feel.

Ok, so to recap…After my first chemo treatment I thought I was stroking out.  But nope, I was ok.  After my second chemo treatment, I basically had temporary Parkinson’s.  But nope.  I was ok again.  And so it was at this point that I REALLY thought I had chemo under control and that the next six cycles were going to be cake.  Boy oh boy was I ever wrong!  We’ll get into my last phase of my chemo next time.

Thank you so, so much for taking the time to hear my story.  Please use this as a reminder to get all of your screenings when they are due, regardless of what screening it is.  Even your annual bloodwork counts.  And please remember that regardless of your circumstances, you, yes YOU have the ability to choose to be happy and that you, yes YOU have the ability to mine your light.  I can promise you that the light from those around me, even those that had no idea I had cancer, which includes many of you, is absolutely what kept me going and what allowed me to heal myself.

I thank you all, so, so much.  Namaste my friends~ 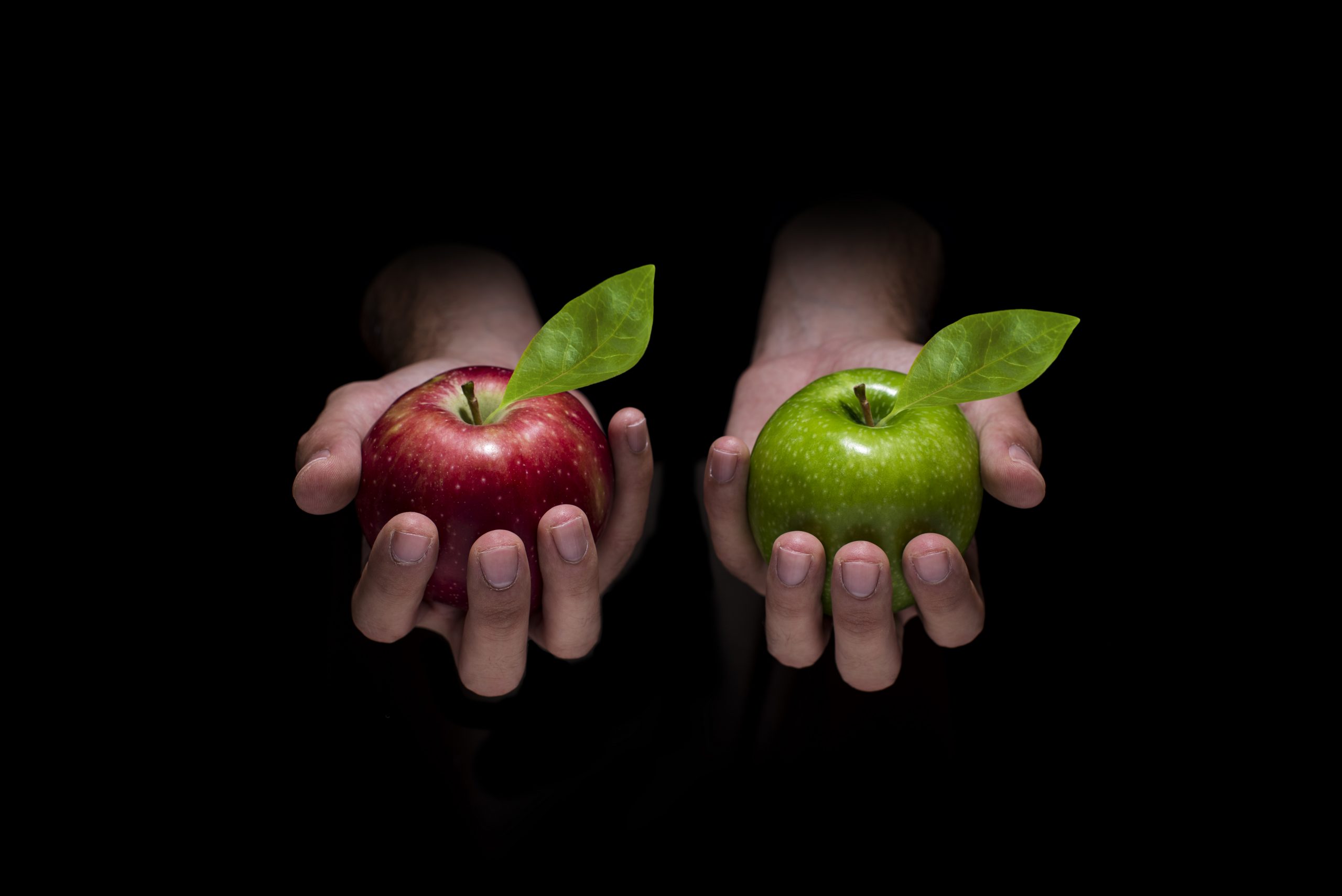 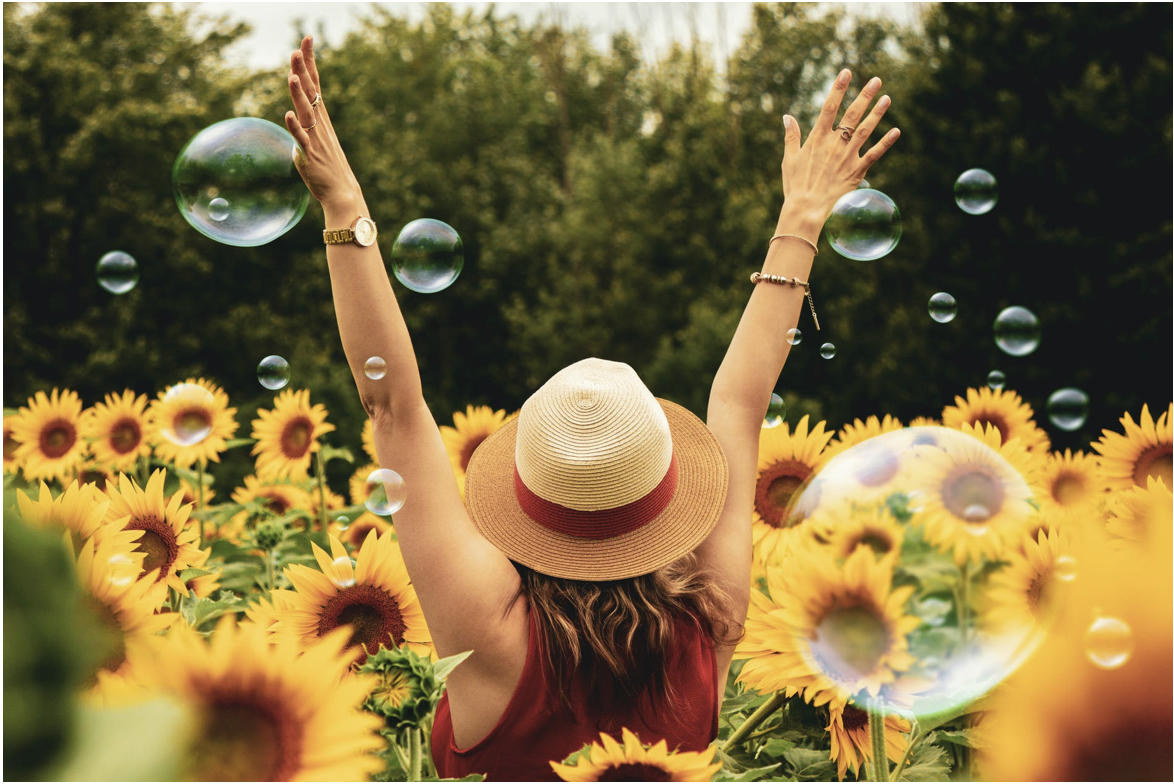 4 Wellness Basics You Need to Blossom With Health and Happiness

“I have worked with Megan on my depression, alcohol abuse, and general anxiety and stress. She has been incredibly supportive and kind while also challenging me. Other counselors I have been to do not balance being supportive while pushing me past barriers like her. She has helped me to feel positive emotions about myself for the first time in my life. She does not let me be complacent either. She challenges me to try new experiences and leave my comfort zone. ART has helped me with triggering memories from my childhood and early adulthood. It has helped with reducing my feelings of depression and allowed me to be capable of positive self-talk and emotions.”